Your Utopia, My Dystopia

Amazon.com asked Ninni Holmqvist whether she wrote the dystopian novel The Unit for anyone particular in society, and she responded:

My intention was that it is for everyone. But I guess it might especially appeal to middle-aged single people, childless ones. But also people who are in or are close to other categories of “dispensable” people: disabled people for instance, long time unemployed persons, culture workers. And people who are critical of capitalism and economism. Perhaps also people who don’t mind being provoked.

If you’ve never heard of The Unit, it’s a Swedish dystopian novel in a setting that might be appealing to some of those individuals listed above–because it’s a place where you can spend your remaining days in security. You don’t have to worry about making a living or paying bills. You have access to artistic luxuries you never had in your previous life. You can spend your days writing, reading, or any other creative pursuits you choose. You can show your work to the “public” who live with you. Life should be lovely.

This place comes with a trade-off, though. People who live there have been written off as “dispensable.” Fifty-year-old women and sixty-year-old men without a “necessary” career who remain childless are given a choice–either commit suicide or spend the rest of their lives participating in medical and psychological experiments and/or being an involuntary organ donor. After your body is all used up, you make a “final donation” ending your life.

I found it interesting that after finishing the book, I checked reviews on Amazon and Goodreads which echoed my initial response to this scenario. Some thought that a “luxury slaughterhouse” or “free-range pig farm” might not be such a bad place to spend their remaining days. The people living there found something they may never have had before. They found a place to belong–a true community.

It’s a little disturbing to see something that would be one of my wildest dreams come true presented in a way that made it utterly creepy and absolutely disturbing. I turn 50 in six months. The closer I get to that age, the more this book haunts me. (And yes, there’s discussion about people with disabilities and their worth to the society which might be worth another blog post.) We have a double whammy if we are creatively inclined and live with some sort of physical or psychological illness. 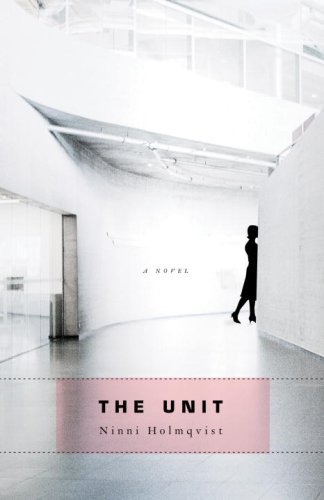 I'm a Southern girl at heart who wants to build a community of people who believe they can change the world with words like "love" and "freedom" when they become more than words, but actions in our work and our daily lives.
View all posts by lana1967 →
This entry was posted in #continuouspractice, art, book reviews, community, creativity, relationships and tagged book reviews, books, NaNoWriMo, reading. Bookmark the permalink.

1 Response to Your Utopia, My Dystopia

From Devout Atheist to Skeptical Pastor: A Blog For Busted-Up, Beat-Down People (Like Me)

queer non-binary poet based in Colorado.

An anthology of mindfulness poems

Veronica and the Baby Boo

A poet driven by the quill, a dreamer of impossible dreams; a lover of that which the world has deemed unlovable.

The Coop: A Poetry Cooperative

A Space for Practicing Poets

Collaborating with the Muses to inspire, create, and illuminate

Writings on Race, Religion, and Wellness

Words for the Year